JEE Main 2023 exam is among the most prestigious engineering entrance exams. Students take this test to apply to some of the country’s top engineering and technical colleges, including the IITs, NITs, CFITs, and others. In this article, you will get to know about the JEE Mains 2023 syllabus in-depth.

Moreover, the National Testing Agency (NTA) has released the JEE Main syllabus for 2023. Students prepare more strongly when they know the important topics for the JEE Main 2023 Exam. JEE Main 2023 covers mathematics, Physics, and chemistry topics from classes 11 and 12.

Students can check the main overview of the JEE Main 2023 Exam:

Candidates can check out the complete exam pattern with a number of questions given below:

In this section, candidates can find the details of the topics which comprise the syllabus for JEE Mains 2023. Paper 1 and Paper 2A, as well as Paper 2B, will cover the following topics in the JEE syllabus 2023.

The following is a list of important Physics chapters. To get good grades in Physics, candidates should go through the entire JEE Main 2023 syllabus.

Work done by a content force and a
variable force; kinetic and potential
energies, work-energy theorem, power.
The potential energy of spring
conservation of mechanical energy,
conservative and neoconservative forces;
Elastic and inelastic collisions in one and
two dimensions.

Centre of the mass of a two-particle
system, Centre of the mass of a rigid body;
Basic concepts of rotational motion; a moment of a force; torque, angular momentum, conservation of angular momentum and its applications; the moment of inertia, the radius of gyration. Values of moments of inertia for simple geometrical objects, parallel and perpendicular axes theorems, and their applications. Rigid body rotation equations of rotational motion.

PROPERTIES OF SOLIDS AND LIQUIDS

MAGNETIC EFFECTS OF CURRENT AND MAGNETISM

Reflection and refraction of light at plane and spherical surfaces, mirror formula. Total internal reflection and its applications. Deviation and Dispersion of light by a; prism; Lens Formula. Magnification: Power of a Lens. Combination of thin lenses in contact. Microscope and Astronomical Telescope (reflecting and refracting ) and their magnifying powers.

DUAL NATURE OF MATTER AND
RADIATION

Propagation of electromagnetic waves in the atmosphere; Sky and space wave propagation. Need for modulation. Amplitude and Frequency Modulation, Bandwidth of signals. the bandwidth of Transmission medium, Basic Elements of a Communication System (Block Diagram only).

Familiarity with the basic approach and observations of the experiments and activities:

The Chemistry section of JEE Mains 2023 syllabus is broken down into Section A – Physical Chemistry, Section B – Inorganic Chemistry, and Section C – Organic Chemistry. These topics come from the class 11 and 12 curriculum.

UNIT I: SOME BASIC CONCEPTS IN
CHEMISTRY

Classification of matter into solid, liquid
and gaseous states.

Thomson and Rutherford atomic models
and their limitations; Nature of
electromagnetic radiation, photoelectric
effect; Spectrum of the hydrogen atom.
Bohr model of a hydrogen atom – its
postulates, derivation of the relations for
the energy of the electron and radii of the
different orbits, limitations of Bohr’s
model; Dual nature of matter, de Broglie’s
relationship. Heisenberg uncertainty
principle. Elementary ideas of quantum
mechanics, quantum mechanics, the
quantum mechanical model of the atom, its
important features. Pauli’s exclusion principle and Hund’s rule, electronic configuration of elements, extra stability of half-filled and completely filled
orbitals.

Elementary idea of metallic bonding. Hydrogen
bonding and its applications.

Meaning of equilibrium, the concept of dynamic
equilibrium.

Rate of a chemical reaction, factors affecting the
rate of reactions: concentration, temperature,
pressure, and catalyst; elementary and complex
reactions, order and molecularity of reactions, rate
law, rate constant and its units, differential and
integral forms of zero and first-order reactions, their characteristics and half-lives, the effect of
temperature on the rate of reactions, Arrhenius
theory, activation energy and its calculation,
collision theory of bimolecular gaseous reactions
(no derivation).

UNIT 11: CLASSIFICATION OF ELEMENTS AND PERIODICITY IN PROPERTIES

UNIT 12: GENERAL PRINCIPLES AND PROCESSES OF ISOLATION OF METALS

General Introduction: Electronic configuration
and general trends in physical and chemical properties of elements across the periods and down the groups; unique behaviour of the first element in each group.

General introduction and importance of biomolecules.

The chemistry involved in the preparation of the following:

A total of 19 topics from the standard syllabus of classes 11 and 12 are included in the Mathematics JEE Main 2023 syllabus.

Sets and their representation: Union,
intersection and complement of sets and
their algebraic properties; Power set;
Relation, Type of relations, equivalence
relations, functions; one-one, into and onto
functions, the composition of functions.

The fundamental principle of counting, permutation as an arrangement and combination as section, Meaning of P (n,r) and C (n,r), simple applications.

Principle of Mathematical Induction and
its simple applications.

Cartesian system of rectangular coordinates in a plane, distance formula, sections formula, locus and its equation, translation of axes, the slope of a line, parallel and perpendicular lines, intercepts of a line on the co-ordinate axis.

Statement logical operations and, or, implies, implied by, if and only if, understanding of tautology, contradiction, converse, and contrapositive.

JEE Mains syllabus 2023 for B.Arch has three sections: Mathematics, Aptitude, and Drawing. The mathematical syllabus is the same as for Paper 1, aptitude and drawing syllabus can be found below.

Three-dimensional- perception: Understanding and appreciation of scale and proportions of objects, building forms and elements, colour texture harmony and contrast Design and drawing of geometrical or abstract shapes and patterns in pencil. Transformation of forms, both 2D and 3D union, subtraction rotation, development of surfaces and volumes, Generation of plans, elevations, and 3D views of objects, Creating two-dimensional and three-dimensional compositions using given shapes and forms.

There are three subjects in the JEE Main 2023 paper 2 syllabus for B.Plan, Mathematics, Aptitude, and Planning. A similar syllabus is provided for Maths and Aptitude as in the Paper 1 of the B.Arch course. You can check the remaining syllabus in the section below.

Candidates can plan their preparation plan according to the complete syllabus. Everyone knows the syllabus is the only way to get your desired result in the exam.

Dhurina wishes you all the best for your upcoming exams.

Be keep up! Get the latest breaking news delivered straight to your inbox. 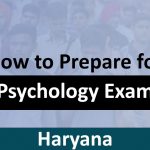 How to prepare for Haryana Psychology Exams
Next Article 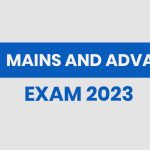 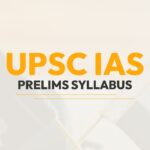 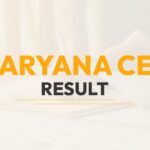 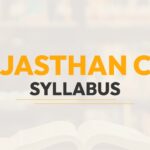 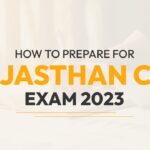 How to Prepare for Rajasthan CET Exam 2023?

Subscribe to our newsletter to get our newest articles instantly!

Check these as well.

How to Prepare for JEE Advanced 2023 Tips, Study Materials How to Prepare for JEE 2023 Tips, Study Materials How to Prepare for JEE Mains and Advanced Exam 2022

Subscribe to our newsletter and never miss our latest news, podcasts etc..